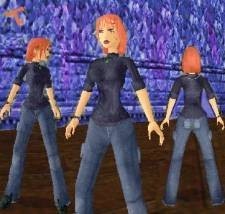 Description
*Screenshot is ugly, the character is'nt!* This is a young Irish woman named Autum. I think I worked too hard on Amidala and Rikku, I'm too pooped to poop. This outfit is not a creative masterpiece, just somthing simple so my braid won't explode, that's all. :p The only credit goes to TRnut for the shoes, everthing else was made by me. The Deatails: She has real 3D eyes (Inspired by Danilo's head mesh, thank you Danilo!) 3D lips, 3D eyebrows, bangs, 3D watch, a real 3D dimond ring on her finger (!), rounder fingers, painted fingernails, 3D pockets, ummm.... Oh yeah, a 3D necklake, and rolled up selves (Yes, they're 3D too) :)


AMAZING JOB!! I really liked this one, its really original. The new hair is really cool The quality is good, but it doesnt have some connections. These connections are not as important as some like hip/legs and torso/hip, so I gave 9 to quality It can be used in perfectly in casual level, but the author didnt tell a bit more about the caracter so its a bit dificult to find a great level to use it The jeans textures are from TR AOD, but the size is good and it didnt lost details. The other textures are great too, I loved the eyes. The meshes are amazinh. The high resolution head was based on mine, but the author changed it a lot, its really cool, coz it dont look like Lara, like many custom characters. The other meshes are really nice. Great work! ;)


originality: as a totaly new character she's of course very original. quality: the meshes, the textures are rally good made. No bugs noticed usability: This might be a good casual outfit. You could include a small character describing, so we all would know her better. textures: they are very good, very detailed and have a good size. I like her red hair a lot:) meshes: they are brilliant!!! Everything is 3d. THe ring on her finger looks so cute:) The necklace is beautiful, too and her face looks very different to Lara's. You can really see that the creator spent a lot of time on the meshes.


A fellow Irish, I say. I remember the old days, I took many along, but t'was all in good fun!... She is very original because she is a new character. So 10. The quality is very high because there are no bugs and it looks great. So 10. Its quite useable beause of the clothes but because people usually make TR levels some people wouldn't use her but its still high. So 9. The textures are really great, very detailed and don't clash. They look great and the red hair is nice. (Red hair comes from Spain, not Ireland...lol...) The meshes are really great! WoW! You used 3d everything! And it doesn't look like Lara which is a plus. The jumper and necklace are great. Congratulations on another success....

Nice try, but too many bugs and disappearing polygons...

(13 Dec 2004 22:38)
Author Reply
Thank you for explaining the low rating on quality and for the other ratings as well. I will try to keep this in mind to help my future outfits become better. :) 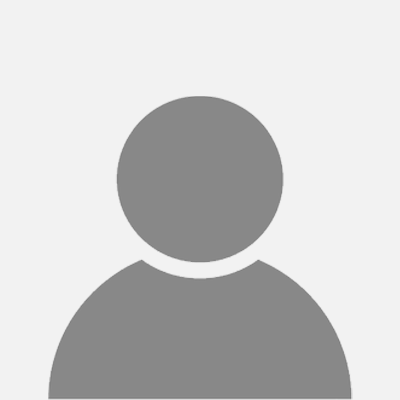 
okay so the originality was 10 because you've made a whole new charactor. It's usability is lowered because most people want to have a Lara based level. The textures were a 9 because only a few textures were used and also I didn't like the shoe texture (but that's just me) The hair mesh was fabulous. You seen very few characters with short hair and your mesh is really unique, I liked it. Now for the quality rating... While it's a great outfit, very original and I really do like it; there were several holes I noticed right away. In the jeans pocket was the one I noticed first. Also, at certain camera angles I would get a sparkly light coming from the outfit and it was really noticable. I'm not sure what causes this, but it looks as if the outfit textures are extended to the sky for some reason. It would be okay for my level, but at one time in a camera sequence, there are several extended textures and it is clearly visable and reduces the value of the outfit. I hope you get what I'm trying to ramble on about. I really do like this outfit, and I hope that if you ever have extra time that you will fix it. It would be a great addition to the archive.